The Rock on cover of Sports Illustrated

The Rock is featured on the cover of the new issue of Sports Illustrated that you can see below. 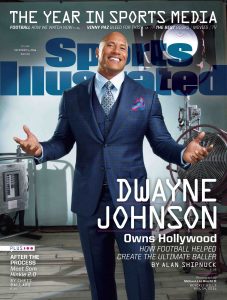 With the advent of the new WWE 205 Live show on the WWE Network that debuted this past week and the departure of WWE Superstars, there have been changes to the release schedule for WWE content on the Hulu Plus service.

* RAW will be posted on Tuesdays

* Smackdown Live and 205 Live will be posted on Wednesdays

* Main Event moves from Wednesdays to Thursdays, alongside NXT

The pre-sale code for the upcoming NXT TakeOver: San Antonio live special during Royal Rumble weekend in San Antonio in January is NXTLIVE. Tickets go on-sale today for the event on Ticketmaster.