Steve Gerweck sent this in. 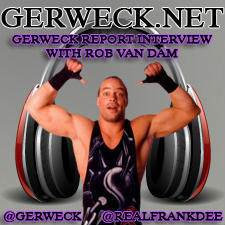 – His current projects, and doing stand up comedy
– What does RVD to do to relax?
– The concept of the WWE Network, and the content being edited
– No more jobber matches
– His WWE status, and might we see him at Wrestlemania 31?
– Should WWE offer a limited dates deal to Kurt Angle?
– RVD’s thoughts on Stephanie and Triple H gaining more in WWE
– How the WWE backstage atmosphere has changed
– Why WWF didn’t hire Bill Alfonso with RVD in 2001
– Vince Russo’s lack of creativity in TNA
– Why TNA never really clicked with wrestling fans
– Van Dam almost renewing his contract with TNA, and being insulted by the company
– Funny Sabu story in TNA – and more! 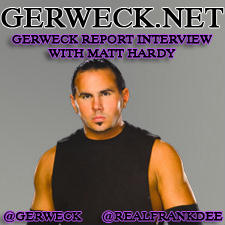 Topics discussed include:
– Hardy never winning the world title in WWE
– Politics in wrestling
– State of tag team wrestling
– The WWE Network
– Chances of the Hardy Boyz returning to WWE (“If I never set foot back in WWE, I’m cool with that!”)
– Hardy’s thoughts on the current WWE product
– Hardy’s opinion of Vince Russo
– The turning point for the Hardy Boyz in the WWF
– Was the storyline with Hardy-Edge-Lita a shoot or a work?
– Is another wrestling boom period coming?
– Will Matt being returning to ROH?
– Thoughts on the TNA TV situation
– A Jeff Hardy update
– His match against Jeff at Wrestlemania
– TNA overpaying for Hulk Hogan
– Dixie Carter
– His return Japanese tour with Wrestle-1
– Global Force Wrestling
– And more

Matt and Reby Hardy expecting a third child, Gender revealed over the weekend