Wrestling legend Scott Hall was sentenced to 10 days in Seminole County Jail yesterday … for drunkenly resisting arrest back in May 2010 — TMZ has learned. 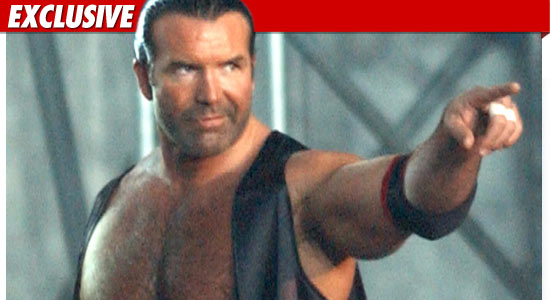 For those unfamiliar, Hall was booked back in early May 2010 when cops found Hall — aka Razor Ramon — drunkenly yelling and cursing at patrons in a Florida bar. Hall was allegedly uncooperative with police … and was popped for resisting arrest.

According to court records in Seminole County, Florida Hall was sentenced to 10 days in jail … but the time was reduced to 2 days for time served.

We’re told Hall is planning to check in to jail on July 5th — and a rep for the wrestler says he’ll be in the medical unit because of his “bad health.”